Do you require assistance
with ADA Tray®? 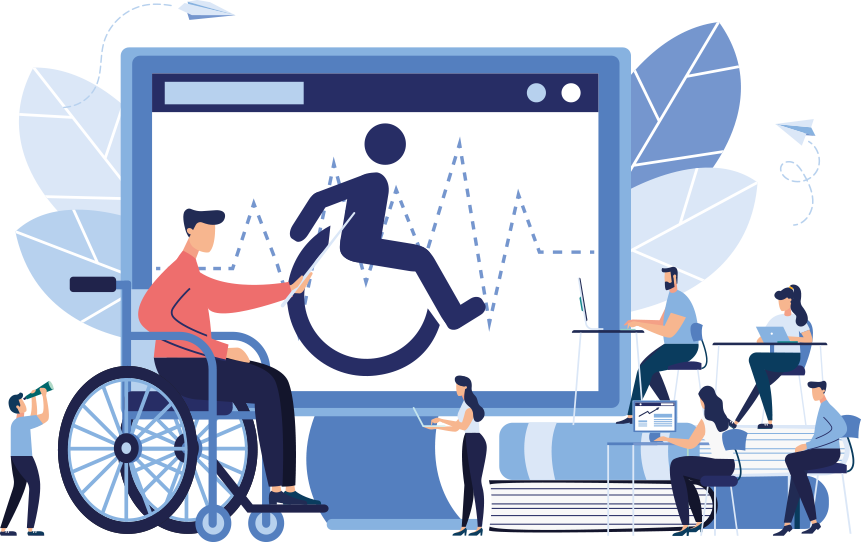 What is The ADA (Americans with Disabilities Act)?

The Americans with Disabilities Act of 1990 is a civil rights law for the general public that prohibits discrimination against individuals with disabilities in all public living areas, including schools, transportation, jobs, state and local government services, telecommunications.

WCAG standards are established by the World Wide Web Consortium (W3C) composed of nonprofits, corporations, and educational institutions that work towards establishing the standards by which the Internet is governed.  WCAG Guidelines are simply that, guidelines, or standards which are suggested to be followed.  There is no certification or official resolution that dictates conformity to these standards, however many court cases have been adjudicated that explain that WCAG 2.0 Level AA standards are the de facto established standards for online accessibility.

WCAG is an ever-evolving set of standards and while the current guidelines are on versions exceeding 3.0, The Courts have deemed version 2.0 as the standard which websites should adhere to be accessible.  In addition to the version, there are levels of conformity that are on a scale of Level A to Level AAA built on a standard deviation model.  Level AA is widely accepted as the scale of conformity to be met.

What are the guidelines of WCAG?

The WCAG is made up of twelve non-testable recommendations that are arranged around four principles. Perceivable, Operable, Understandable, and Robust (or POUR). We've provided an introduction to these ideas to assist you in learning the fundamentals of accessibility - Learn More

How do these guidelines or principles affect accessibility laws?

Although the WCAG is not a list of laws that can be enforced, it has been embraced as the norm for many governments' accessibility regulations.

Effectively, WCAG conformity is the most effective way to comply with most international laws and work in earnest to guarantee accessibility of your web technologies to individuals with disabilities.

How does the ADA Tray® comply with The Americans with Disabilities Act?

The ADA Tray® Powered by INNsight is a website widget that provides a set of web accessibility tools and features to assist people with auditory, visual, mobility or situational impairments in engaging with and using a website by more easily following all ADA Title III and WCAG 2.0 guidelines.

What is the risk of not having an accessible website?

If your website is inaccessible, you potentially lose out on possibilities to gain new customers and drive incremental revenue. Competitors with accessible websites will readily benefit from the growing number of people with disabilities simply because those customers cannot use your website.

The risk of not having an accessible website is the potential of a lawsuit alleging discrimination on the basis of disability!

What is the ADA Title III?

Title III refers to one of the titles of the Americans with Disabilities Act.  Put into effect in March of 2012 and drafted into legislation in 2010, ADA Title III applies accessibility laws to Public Accommodations like hotels, banks, and public transportation, which must comply with The ADA.